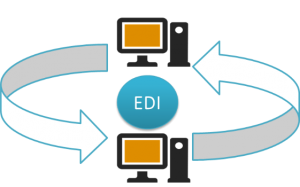 It helps to start out knowing that EDI messages are built using a syntax. More importantly, there is more than on syntax when it comes to EDI.

A syntax is the set of rules on which an EDI message is built. EDI is dominated by the use three primary syntaxes in the world today. The three syntax are ANSI ASC X.121 (often called ANSI X.12), UNTDI2 and EDIFACT3. ANSI X.12 is the dominant standard in North America and is widely used in Australia and New Zealand. UNTDI used to dominate in Western Europe, and messages using this syntax are still widely used in the UK. However, international messages are only done using EDIFACT3.

EDIFACT was created out of the understanding that with international commerce and shipping, it was no longer feasible to use national standards. EDIFACT was the result of the merger of UNTDI and ANSI in 1985. ANSI itself was no longer used after 1995. Industries such as travel, insurance, and health only use EDIFAT.