The Costs of Rejecting Automation 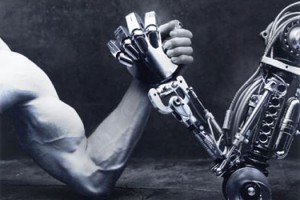 During the early part of the industrial revolution, when factories and machinery were just beginning to find use to mass produce goods, certain critics questioned the value of that technology. They asked, as they have asked today, what it adds to our society. Technology, they argued, eliminates jobs and is dangerous. Machinery in those days could take arms or cause serious damage in the event of an accident.

What if we had collectively listened, instead of forging onward and experimenting with this new technology?

Rejecting automation at that time in our history would have meant that we would continue handmaking goods. We could only build a certain number of goods within a certain period of time, which would mean that production facilities would need to grow larger to accommodate more workers. This sounds great, but the costs of employing those people and providing the tools they need to make the product cause the price on the shelf to skyrocket.

Rejecting automation would cause the cost of goods to increase dramatically as population grew too. We didn’t have as many people demanding goods back then, and economies were far more localized. Could production even meet demand? Even if competition thrived in this fictional landscape, would there be enough to satisfy aggregate demand?

Automation is something to be studied and considered, but not something we should fear by nature. Automation has the capacity to give rise to new career opportunities too, but those opportunities must be approached with rational consideration of our rights and liberties.